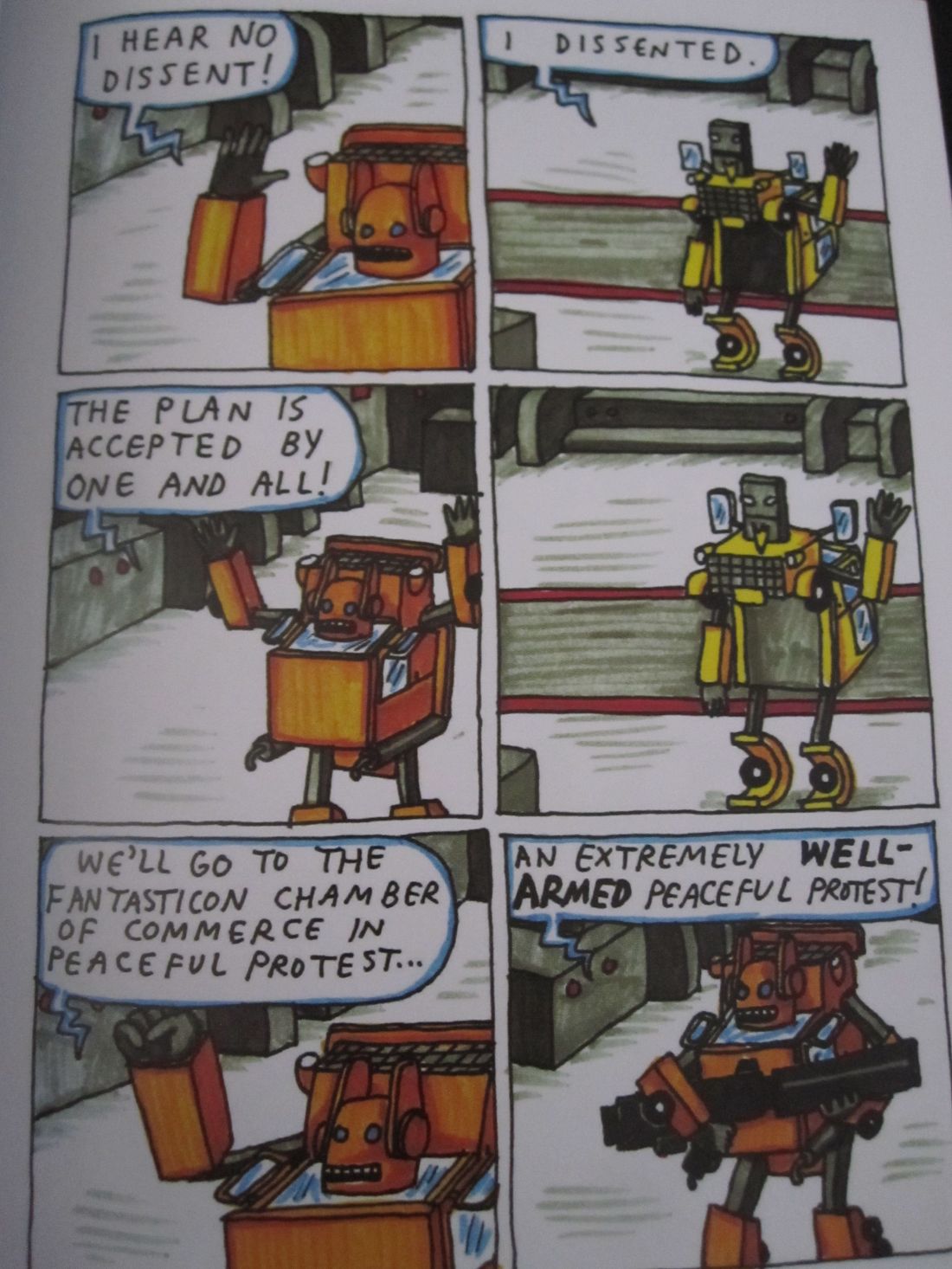 This is definitely not the next post in my series about reading Pynchon. (Well, I’m fairly certain at least. Pynchon has a deep nostalgia for 1980’s cartoons designed to sell toys, which if I’m honest, would be right up to his level of eclecticism.) I realized early last week that I was probably going to miss my self-imposed deadline for a couple reasons. First, work went a bit wonky and I had a lot of grading to do. Second, I realized that it’s almost Election Day and I need to finish Hunter S. Thompson’s Fear and Loathing on the Campaign Trail before I get too burnt out on all things political. Hence a brief post this week, Thompson next week, and then back to Pynchon (or so goes my best laid plan at the moment).

I’m also racing the clock today because I left my laptop charger at work on Friday. Which will run out first: my ability to ramble on about texts or my laptop’s battery? Only time will tell…

The best way to explain Incredible Change-Bots is to describe it as a nostalgic and loving parody of the original Transformers cartoon in the 80s. I’m not sure that such a parody would be possible without Michael Bay’s…interpretation of the cartoon. Jeffrey Brown’s work here represents a loving take on just how ridiculous the never-ending struggle between the Autobots and the Decepticons really is. For those of us who grew up loving the original cartoon, I’m not sure we’d be capable of looking at this ridiculousness without the sobering presence of Bay’s films to remind us at just how much MORE ridiculous it could be.

So, I guess I’m making a case for a redemptive value to Michael Bay’s Transformers.

(And then the Internet ended, not with a bang, but with a whimper.)

Whatever the case, Brown’s work is entertaining if you have ever enjoyed anything related to giant robots that shoot lasers a lot and change into vehicles. His art is also wonderfully clunky. It captures the tone of a child’s attempt to draw a comic while still conveying a strong sense of pace and comedic timing. The page I’ve used for the image of this blog post is a good example of Brown’s purposefully clunky style.

Perhaps the bit that most intrigued me about Brown’s take on the phenomena of Transformers is the parody of the conflict in the series rather than the show’s underlying premise. It’s almost too easy to make fun of the “giant robot” motif. Instead the people in the comic, and readers I would think, tend to just accept it: Yeah, giant robot. Why not? We already personify our cars and every gadget we lovingly pack around with us everyday anyway.

Instead, the real humor of the series comes with the interactions the human characters have with the robots (who are all too human in their foibles) and with each other when they realize that they’ve screwed up, which happens a lot. In fact, the whole premise of the never-ending war the robots fight revolves around those constant screw-ups and a clear lack of self-awareness most of the time. Yet without those screw-ups there’s really no reason for the characters to exist. That becomes even more apparent in the second volume though and I’m probably getting ahead of myself.

Before I get too serious about this I should also note that one of the characters “incredible changes” into a golf cart. His name is Balls.