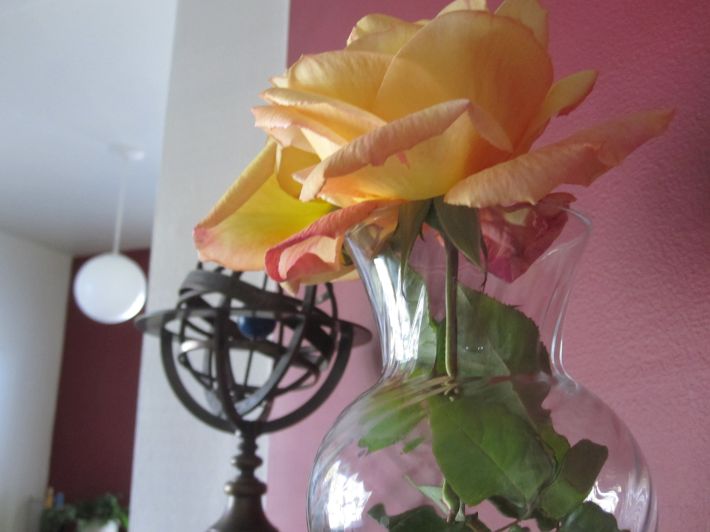 I’m breaking my usual work pattern for “Under the Rose.” First, I’m not bothering to read it through multiple times – something I’ve done for each of the stories up to this point. Frankly, “Under the Rose” is so mixed up with a chapter of V. in my memory that I probably should go through it again. I’m opting for a bit more haste this time. I’m eager to move on to the novels. Second, and perhaps more importantly, I’m not going to have the luxury to reread each novel in its entirety before I write a post. I need to get used to tackling these posts with a bit more flexibility. All of this is a preamble to a major caveat: I’m not sure I “get” “Under the Rose.” I lost the narrative a bit at the end. While I went back through the last few pages as I was reading, I’m still struggling with the story’s final scenes.

With that in mind, I’m going to keep my focus on larger thematic issues in the story rather than on a nuanced close reading. The story follows a British secret agent, Porpentine, and his partner, Goodfellow, as they attempt to stop Europe from falling into a general conflagration (aka World War I) about a decade and a half before the actual war. The action takes place at the turn of the century in Egypt where the two work as agents in the “old school” of international intrigue. Porpentine, or il semplice inglese as he is called in the text, plays the game with a sense of honor and along certain codified lines. This places him at a disadvantage in the story though as he struggles against the machinations of his nemesis, Moldweorp. The disadvantage stems not from the changing nature of espionage so much as Porpentine’s overwhelming sense of inadequacy in the face of the changing world. For Porpentine, Western civilization seems to be headed towards an inevitable and catastrophic war unless he succeeds in his work.

There are some obvious parallels to Pynchon’s other works here. The most apparent one is to V., but we can hear tones of Gravity’s Rainbow and even Against the Day resonating in the background. More significantly, I think, is the way this early story brings the apocalyptic underpinnings of the narrative down to a human scale. (There was some of this at work in “Entropy” as well, but one of the major features that makes it work in “Under the Rose” and not in “Entropy” is that Porpentine is generally sympathetic whereas Callisto is generally insufferable.) The apocalyptic underpinning of “Under the Rose” centers on a scale so grand that we actually have an incredibly difficult time registering it beyond tired clichés. World War I was an unmitigated disaster. It changed the world in significant and long reaching ways that we’re still dealing with (culturally I’d say we’re still catching up with the Modern/Postmodern condition.)

Let’s look at a couple more recent examples to see the issue at work with apocalyptic literature or art: Take, for instance, the eerie and surreal footage of the 9/11 attacks. The enormity of the destruction of the World Trade Center in particular was/is often likened to disaster movies. This is not without good reason. Destruction on such a scale is (thankfully) relatively rare. Film is an art form that allows us the release of seeing and exploring destruction without actually destroying anything, hence the underlying appeal to see destruction writ large on the big screen. When we’re confronted with the real thing though, well that’s the point when the gap in our perception – the gap between simulacra and the real – comes back to haunt us.

Now there’s a more immediate question for this post though: What does this all have to do with Pynchon or “Under the Rose?” It all comes back to the humanizing elements in the story. Let’s look at a more recent example to underscore this connection: We can see this at work in some of the footage of the recent meteor explosion over Russia. Here are the two clips that I’m going to focus on:

(As I hinted at in a previous post, I’m of course immediately drawn to this event through the lens that Pynchon used to describe the 1908 Tunguska Event in Against the Day.)

These scenes and the footage captured and disseminated so quickly across the internet was, of course, reminiscent of numerous science fiction films. So much so, in fact, that a lot of early headlines I saw mentioned UFO fears or sci fi tropes. A few features stand out in these videos though. First, the shockwave is so sudden and immense that it still caries the ability to shock us out of complacency. Then there’s the perspective. The ubiquity of cameras, cell phones, and social networks seemingly guarantees that we’ll have ample views of an event this large (so long as it occurs in a populated area). At the same time, it serves to humanize the event itself. That second video captures that feel. Who is behind that camera? Was he/she injured? Where was he/she? What was he/she doing? (I’m sure that some of this could be answered if I knew Russian.) This isn’t to say that the first person perspective is somehow new, innovative, or unique as a story telling technique in art. I’m not getting any further away from tired film clichés here. (If you’ve watched Cloverfield….) This is why that shockwave stands out a bit. Tied with the perspective of the second video we (and by we I mean those of us viewing this event as opposed to living through it) become a bit grounded and ostensibly better able to connect with the immensity of the event itself.*

And this (finally) leads me back to Pynchon and “Under the Rose.” Porpentine acts as a focal point for the story’s convergence of grand plots. Pynchon’s work tends to revolve around the prospect that everything is connected and in some ways it is. Whether or not Porpentine is working against a real plot to start a World War is less important than his belief and his actions based on that belief. The scope of the approaching apocalypse then becomes narrowed. The micro allows readers to grasp the macro.

Porpentine displays this operation in the opposite direction. After he sees Goodfellow’s failure with Victoria Wren he sits and contemplates his career:

“Fate, it occurred to him then, chooses weird agents. Moldweorp somehow could love and hate individually. The roles being, it seemed, reversed, Porpentine found it necessary to believe if one appointed oneself savior of humanity that perhaps one must love that humanity only in the abstract. For any descent to the personal level can make a purpose less pure. Whereas a disgust at individual human perversity might as easily avalanche into a rage for apocalypse.”

Porpentine is the individual in the text and the reader can only focalize his or her experience through that individual connection (though that connection is itself noticeably abstract). The purpose of avoiding the apocalypse isn’t the driving force for the reader or the text. Instead it’s the exploration of the “less pure” motives and interpretations the individual. Only then can we begin to grasp immense events – though with no guarantee that we’ll ever fully understand them.

*(Yes, I realize I’ve brought up simulacra and the real in this post. Yes, I realize they’re loaded terms and there are tons of problems with my approach here. I figured it was time to get back to the main idea of the post though, so I let it slide.)